In 1893 the world came to Chicago to party. Why? It was time for the World’s Fair, or more correctly, the World Columbian Exposition to celebrate Christopher Columbus’s arrival in the Americas. The people of Chicago did everything possible to get the fair in their city. They bragged so much that the selection committee started to refer to the board members as coming from “the windy city” and that nickname has stuck to Chicago to this day. By all accounts, it was an incredible fair that included extraordinary architecture and a railway system that dropped people right at the front gates. Chicago proved to all of those in attendance that the bragging of the city was more than justified.

Now, if you were going to throw a party for the world, you would need to have the very best of entertainment, and in 1893 that meant brass bands. It was a much simpler time then. After all, this World’s Fair gave many people their first look at things like electric lights. There was new technology on display everywhere including wireless telegraphy, kinetoscopes, telephones, new-fangled phonographs, cameras, and (could it be true?) flying machines! Even with all of these new and exciting items, there was yet to be developed what we would call today a sound system. Musicians needed to be heard outside over all the commotion and, naturally, brass band music was perfect for the job. 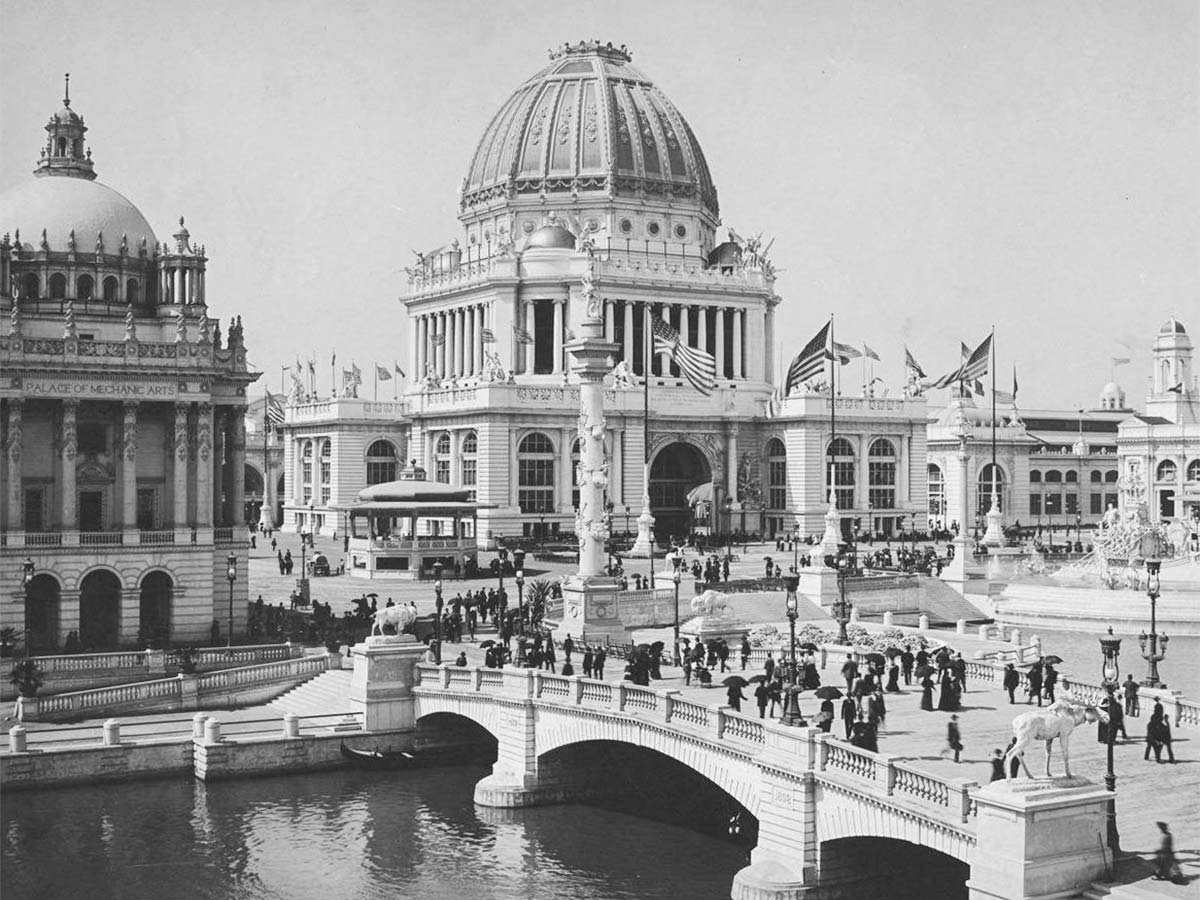 Hundreds of bands performed at the fair. Leading the list was John Philip Sousa and his band. At the time, Sousa’s band was still a young group having only been organized about one year earlier, but they were an extraordinary musical ensemble and were fast becoming favorites of the crowds wherever they traveled. Of course at the fair though, they were just one of many.

All of the bands played for huge crowds and featured superstar soloists. There were trombone and euphonium soloists and the occasional piccolo player could be found, but it was the cornet soloists that captured the crowd. Why only these instruments? Why were the cornet soloists such a big deal? Since there were no microphones, the cornet was a natural leader. It could be heard above everything else going on during normal fair business. With their frequent performances, cornet soloists captured the hearts of the people. There is no single reason for this. Perhaps it was just because they were being featured so much or because their sound could cut through everything else. Whatever it was, the cornet was the hit of the fair. And what about the trumpet players? Well, at this time in band history, the cornet was considered to be the artist’s instrument. Trumpet parts tended to be used for filling out harmonies or for playing fanfare figures. They weren’t seen as suitable for solo work.

We know many of the great soloists who appeared at the Chicago World’s Fair from newspaper accounts, concert bills, and programs. T.H. Rollinson will be remembered for Columbian Fantasia, a solo he wrote and played at the fair. The fair was centered around a huge fountain surrounded on all sides by the great, white exhibition buildings. This area was known as the Peristyle. Soloist W. Paris Chambers celebrated this central area with his Peristyle Polka. “The World’s Greatest Cornetist” Jules Levy appeared at the fair, as did P.G. Lowery, better known as “The Black Herbert L. Clarke”. The list of great players in attendance is endless and includes literally every great American cornet soloist of the day as well as quite a few outstanding European soloists.

Since buildings in 1893 didn’t have air conditioning, a good part of the performing sessions were spent outdoors in bandstands or park pavilions. That was just part of the life of a professional musician so they felt right at home during the fair. They appeared on bandstands and stages throughout the grounds. Hype was the watchword of the day and each small stage created glittering promotional prose to lure crowds in to hear and see the great soloists. The organizers of the events became very aware of the crowds coming to hear the musicians. Sometimes they would arrange to have two â€˜rival’ performers appear at opposite ends of the exhibition buildings. Performances were scheduled in such a way that audiences would gather at one end of the hall to hear the first performer play after which the audience would have ample time to walk to the other end of the hall before the next performance began. This way, the people not only attended the concerts and had a chance to compare each band against the others, but they also had time to visit the exhibits throughout the hall.

Crowds loved this atmosphere of comparison. It was also an outstanding venue for the musicians giving them steady employment for weeks and a feeling of an “almost home” because they could stay in one hotel room or boarding house without having to pack up and move on every day. The fair also provided them with great exposure thanks to the huge crowds attending their concerts every day. This was very important for their futures as professional musicians guaranteeing them more business after the fair ended. As I interviewed old-timers who knew some of these great players, they were quick to point out that all of them were making their living performing. They performed for people anywhere and everywhere and did not have a “concert hall” mentality. If there was work somewhere, they would play. This is not to suggest that they were not great artists, but they were working artists in the truest sense.

Through their performances, these musicians inspired many youngsters, and some adults, to practice hard in the hopes of becoming a celebrated cornet soloist themselves. Dreams to one day attain a high level of artistry associated with cornet playing at the 1893 Chicago World’s Fair were a common phenomenon among cornet players of the era. After all, the cornet soloists were the rock band guitar players of their day. As time went on though, the shine of the cornet player or brass band player in general, began to fade. Unfortunately, popular musical trends change quicker than the weather. However, we are in the midst of a renaissance of sorts today with the popularity of brass bands again beginning to climb. As this happens, the cornet soloist will undoubtedly be the leader of the pack once again.