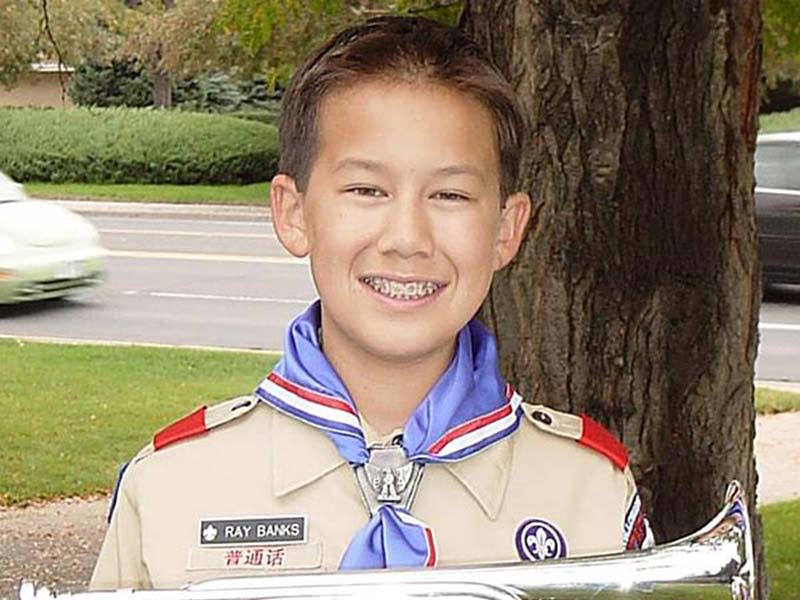 My son Ray Banks had his Eagle Scout Court of Honor on September 10, 2004. You may remember Ray from the NBC news story last veterans day about his Eagle Scout project working with Bugles Across America.

Out of his efforts, the Cadet Corps of Bugles Across America was formed. To help Ray celebrate his accomplishment we, his parents, presented him with a silver plated American Heritage Elite field trumpet with the BAA logo etched on the bell. He was thrilled to say the least and was able to use it for sounding Taps at his first funeral since his Court of Honor ceremony.

Altogether he and the squad of young buglers he recruited have sounded Taps at close to 40 funerals in the past year. In addition, they have played at many other patriotic functions and events in the area.