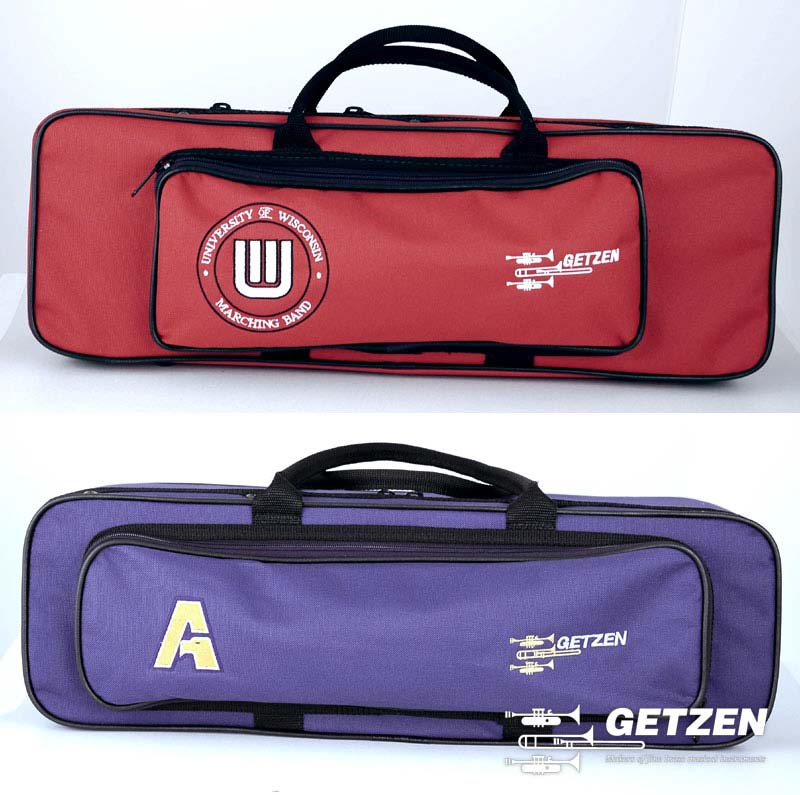 On January 2, the University of Badgers faced off against the Auburn University Tigers in this year’s Capital One Bowl. Not only did the game bring together a Big Ten powerhouse and an S.E.C. force, but it also showcased two of the nationâ€™s premiere marching bands. What made this game in Orlando, FL different from any other bowl game is that both bands performed on Getzen instruments. While the Badgers came out on top, both bands gave their fans something to be proud of.

Both Wisconsin and Auburn purchased custom cases for their instruments. The cases feature each band’s logo embroidered on the outside and show off each of the schoolâ€™s colors. Anyone seeing a member of the band on their way to practice will have no doubt where they play. Auburn also had the bandâ€™s logo etched on the bell of each trumpet adding that extra touch of school pride.

Both the custom cases and etching are available to any school looking to upgrade their marching band program. Not only does it provide the band with top notch, Getzen instruments, but also with that special touch on and off the field.