March of 2006 marks a great achievement for the Getzen family. That month they will be celebrating the 15th anniversary of the family buying back the company bearing its name.

In 1991 the Getzen Company’s production and financial troubles finally came to a head as the company filed for bankruptcy. Finally, after 31 years, there was an opportunity for the Getzen family to once again own the company. After a few months of negotiation Allied Music Corporation, owned and operated by the grandsons of Getzen’s founder, purchased the Getzen Company’s name and assets. “It was a lot of work and a long hard process,” recollects Tom Getzen. “At times, it seemed like the purchase would never get done. When it was finally over though, it was one of the proudest moments of my life.” 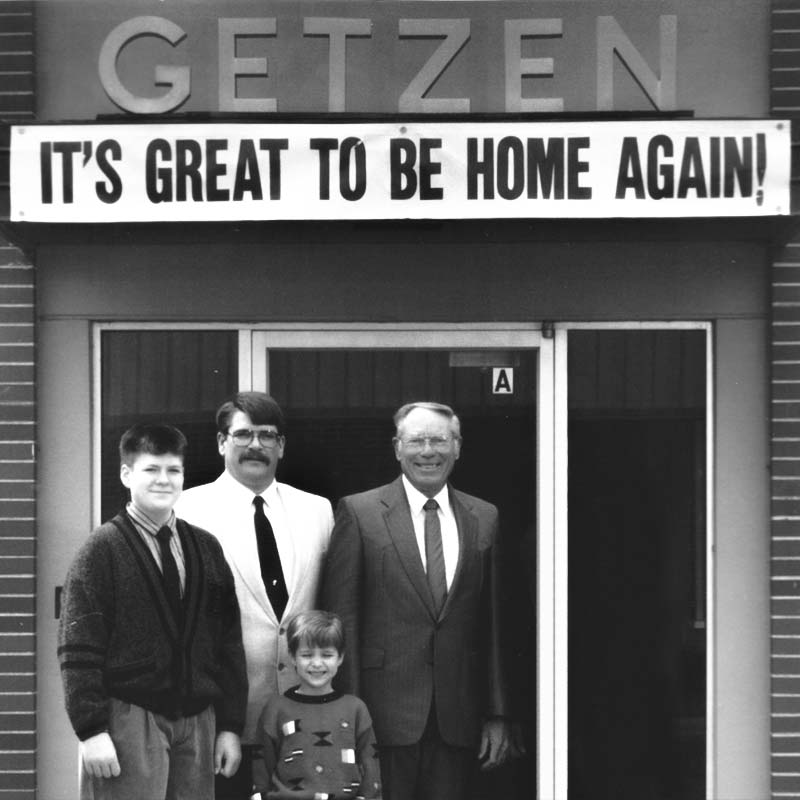 Immediately after the purchase, things began to change. First, the majority of Getzen’s employees and equipment were moved from the facility on Centralia Street to Allied Music’s building on the other side of town. This doubled the size of Allied Music. In order to accommodate the sudden increase, an 18,000 square foot addition was built. The addition included a new bell department, buffing room, water treatment center, dent department, and several offices. As the Getzen employees moved into their new home the skilled Allied Music staff met them with open arms. They were also met with new and repaired equipment along with improved working conditions. It didn’t take long before they realized the general philosophy of the company had changed as well. “One of the first things we did was let the employees know that things were going to change,” says Tom. “We wanted to turn things around to make the company a leader again and we needed their help to do it. We couldn’t stress that enough.”

Reestablishing the company’s place in the industry was difficult. “For years, the overall quality of Getzen products had slipped,” Tom notes. “Our first priority and biggest obstacle was to change public perception about the Getzen name.” The new Getzen Company wasted no time as the entire product line was reevaluated. Models were closely examined with some being eliminated all together. Design tweaks and corrections were performed to improve the remaining instruments. New models were also added to incorporate instrument designs previously used by Allied Music. At the same time, every aspect of production was evaluated to improve not only labor time, but also finished instrument quality. As Tom says, “It wasn’t a smooth process by any means, but it had to be done.”

The drive to push the Getzen Company back to the top continues today. In the last fifteen years, the company has designed and offered several different generations of professional instruments. Although some didn’t make it to production or last long as models, they all taught their own valuable lessens. Lessens that allowed the company to make improvements across the board and brought the product line to where it is today. “Since buying the company back we have gone through a lot of R&D looking for the ‘right’ designs. Especially with our professional trumpets.” says Tom. “It took us awhile, but the pro horns we’re putting out now are better than anything the company has built in the past. Now when players think of Getzen, quality and craftsmanship are the first things that come to mind and we are once again an industry leader.”

“The last fifteen years definitely did bring along a lot changes,” remarks Tom. “Hopefully, the next fifteen will be even better for the family, the company, and our customers.”