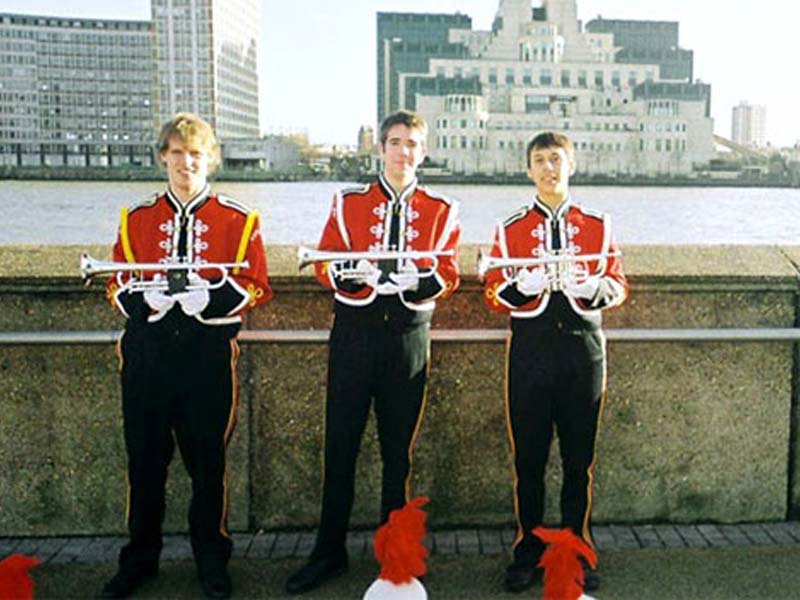 I go to Wauwatosa East High School and our band has just returned from a trip to England. Our Jazz Ensemble and two concert bands performed at the Gala concerts for the London New Year’s Day Parade. We also marched in the parade and the Jazz Ensemble performed during an awards reception.

Two members of the band and myself play on Getzen 3051 Custom trumpets. The included picture is of the three of us in uniform on the Thames River in front of the MI6 building. As a proud Getzen customer (I also own a Custom cornet) I just wanted to let you know that your horns are leading the pack in our band. My Custom 3051 works excellently, regardless of if I am playing principal trumpet of our top concert band, lead trumpet in our jazz ensemble, or screaming over the top when marching on the street.

Thanks for such a rock-solid horn. Keep up the phenomenal work!!