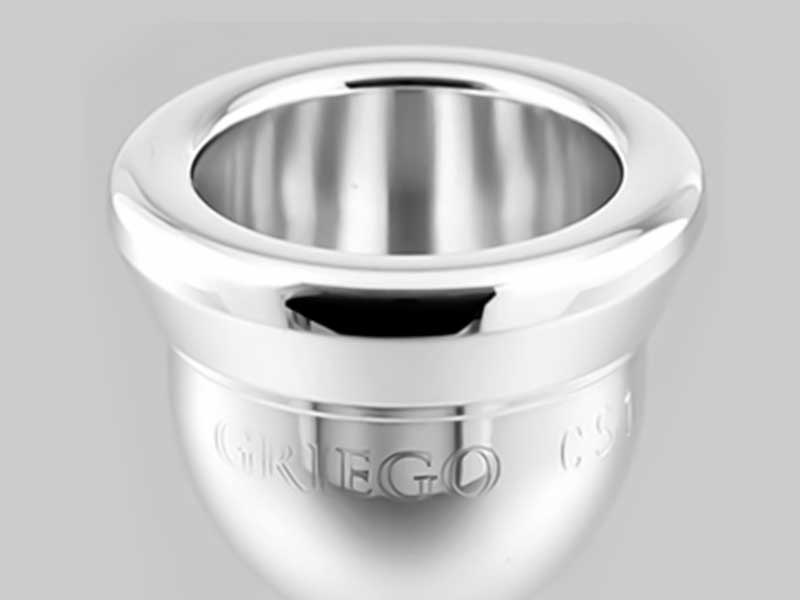 Since their introduction, Getzen Custom Series trombones have led the industry in performance, quality, and unmatched value. With such overwhelming acceptance and outstanding designs, it is tough to find ways to improve each model. One can only take perfection so far. Rather than scratching their heads in a vain search for improvements, Getzen decided to elevate the overall package. To achieve this goal, Getzen has partnered with Christan Griego, Director of Research & Development for Edwards Instrument Company. Both are eager to announce the exciting addition of custom Griego Mouthpieces to the full line up of Getzen Custom Series trombones.

Griego Mouthpieces is a family-owned company founded in 2001 by Christan Griego. A lifetime of playing trombone and a decade with Edwards has allowed Christan to study under and work with some of the world’s finest players. In that time, he realized that many players were facing the same problems he was. Problems that weren’t being solved by practice alone. After some research, Christan found that the true cause for many trombone players’ headaches were shortcomings in the design and manufacturing techniques of many mouthpiece makers. His experience allowed Christan to gain a unique insight into the wants and needs of players from all corners of the world. He took that knowledge and translated it into a superior mouthpiece design that is conceived and manufactured by/for trombone players. Seeing this success led Getzen to enlist Christan to utilize his skill and experience in designing a mouthpiece tailor-made for the Getzen Custom Series trombones. After months of research and testing, that mouthpiece is here.

Beginning in 2007, all newly ordered Custom Series 3508 Jazz, 3047 Tenor, and 3062 Bass trombones will come standard with a Griego mouthpiece. Years of experience with the Custom Series line have enabled Christan to create a mouthpiece specifically designed for each of the three trombone models. Each of the mouthpieces is precisely machined and expertly finished creating the perfect complement to the unparalleled Custom Series trombone line.

Best of all, the mouthpieces are included with the new trombones at no cost. Mouthpieces can also be added to existing orders for a nominal charge. Additionally, each can be purchased separately from local Getzen dealers. Not only will it improve the performance of the trombones, but also add an outstanding value to the overall package. While others in the industry are offering only “throw-away” mouthpieces, Getzen is including a premium mouthpiece with a $130 retail value. Increased performance and overall value; the great does indeed get better!